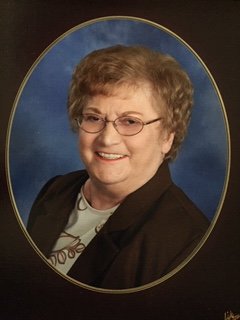 Dolores Modolo, born in Elizabeth, New Jersey, on May 15, 1941, went home to her Lord on December 23, 2020. In July, 1959, the family moved to the San Fernando Valley in Southern California. While working at Pacific Telephone and Bunker-Ramo Corporation in Canoga Park, Dolores attended Los Angeles Valley College and U.C.L.A. In 1965, she quit her job, and went to Europe for 6 months. This was a trip she had been planning and saving for since her high school days.

Upon returning from her travels, Dolores was hired by Aerospace Corporation, El Segundo, CA. At the beginning of her career there, she completed her education at California State University Northridge, earning a Mathematics Degree in Computer Engineering. She worked at Aerospace full-time from October 1965 to August 2003, and then part-time from August 2003 to her retirement in December 2012... a 47-year career! It was during this part-time work period that she cared for her parents who lived with her.

In 1992, Dolores moved from Van Nuys to Newbury Park. A devout Catholic, she was an active member at many parishes throughout her life, but in the last 10 years at St. Julie Billiart Catholic Church, Newbury Park. Her travels never ceased and she enjoyed a couple more trips to Europe, cruises to Canada and the U.S. East Coast, Alaska, and her absolute bucket-list trip to Australia and New Zealand. She also went to the Holy Land... twice! Shorter trips included a great many visits to Las Vegas and Laughlin. Dolores also enjoyed reading, especially mysteries, and she was a loyal Dodger fan, as well as U.C.L.A. football fan, regardless of how they were doing.

Dolores was preceded in death by her parents, Helen and Victor Modolo, and a brother and sister-in-law, Jerry and Annie Leon Modolo. She is survived by her sister, Joan Funk, and another brother, Richard Modolo, as well as nieces and nephews and great nieces and nephews: Mark Modolo, Iron Mountain, MI; Christina Thomas (Katie, Benjamin and Everett), Hillsboro, OR; Jennifer Dexter (Eric, Emily and Justin), Simi Valley, CA; Michelle Mitok (Jerry, Abbie, Karlee and Dylan), Summerlin, NV; and Steven Modolo (Jeniffer, Trevor and Amelia), Hillsboro, OR. Dolores adored each and every one of her family who lovingly referred to her as "Wowo". She also had numerous friends, some for 50-60 years, who will lovingly reflect on their relationship with her.

Due to the Covid restrictions, there will only be a private graveside service at this time with the hope of having a celebration of Dolores' life some time next spring/summer. A special thank you for the loving care and compassion shown to Dolores by the staff at Applegate at Sirius residential care home, and also to Nurse Dawn Wofford at Assisted Hospice Care, who did a phenomenal job meeting her needs. Any donations can be made to the Alzheimer's Association or to a charity of your choice.

Share Your Memory of
Dolores
Upload Your Memory View All Memories
Be the first to upload a memory!