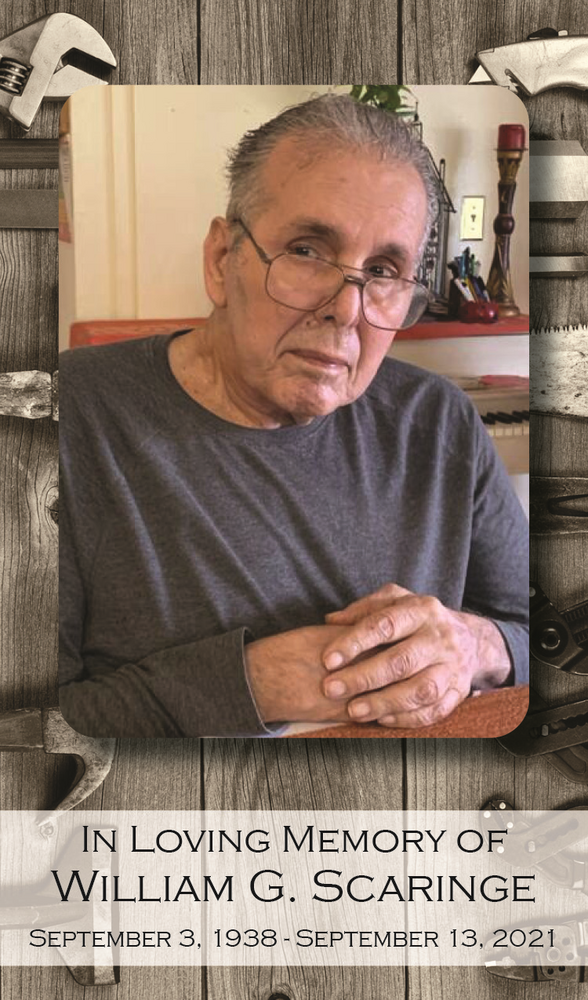 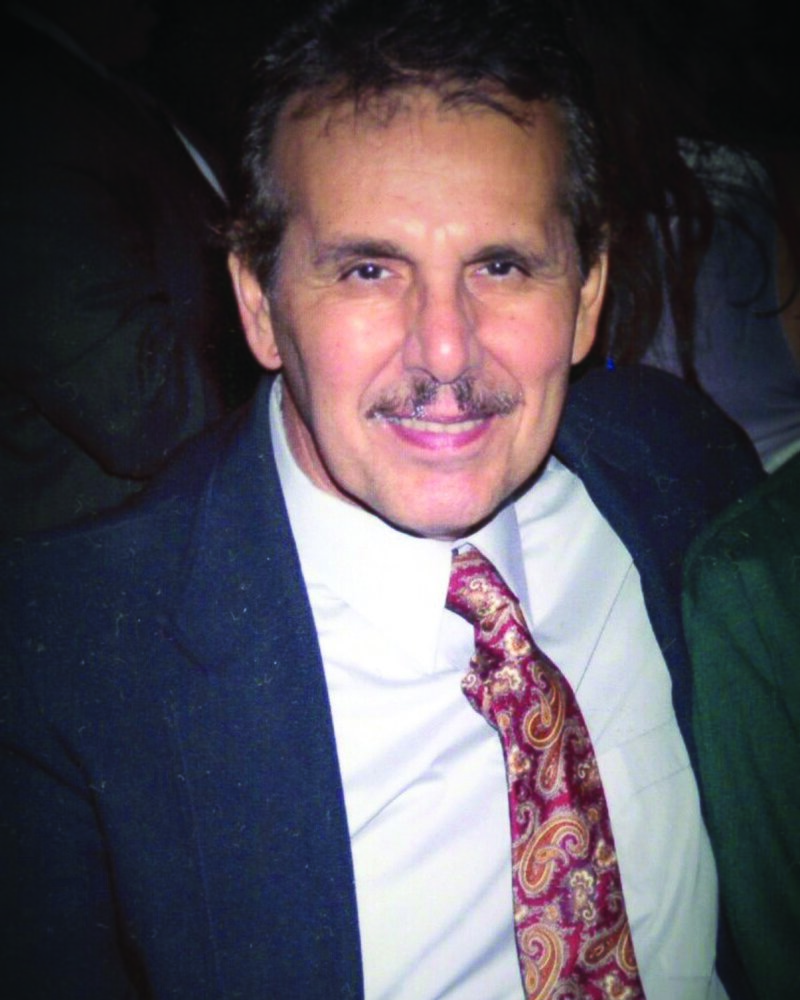 William was born on September 3, 1938 in New York City, NY, to parents Mary and Larry Scaringe. He graduated with an Associates Degree in Electrical Engineering. In 1961, he was called into service during the Cuban Crisis as a Private First Class and discharged in 1963. He was married at Camp Chaffee, Arkansas to Ellen Marie O’Shea. They moved to Flushing, New York after the wedding. Using his associate degree, he found employment at the Marcato Elevator Company in New York City. He worked there from 1963 to 1978, then proceeded to move to California, with his family of Ellen, Kathleen, Larry and Matt. He found employment with Schindler and other elevator companies in California until his retirement at age 70 with over 40 years of service into the elevator industry.

William enjoyed going to the beach and camping with his family. He was a member of fish clubs, due to his enthusiasm of maintaining his tanks for both fresh and saltwater fish. He was “Mr. Fixit”, we never needed to call a repairman when Bill was around. In his younger days he enjoyed racing his Thunderbird, he won many trophies in New York.

A funeral is scheduled for September 23rd on Thursday, at 10:00 AM at Rose Family Funeral Home in the chapel. There will be a reception following the service at Matt and Lindsey’s house.  Deacon Melicio from St. Peter Claver Church will officiate at the memorial. All are welcome to attend and celebrate William Scaringe’s life. The family would like to thank everyone for their support.

Share Your Memory of
William
Upload Your Memory View All Memories
Be the first to upload a memory!