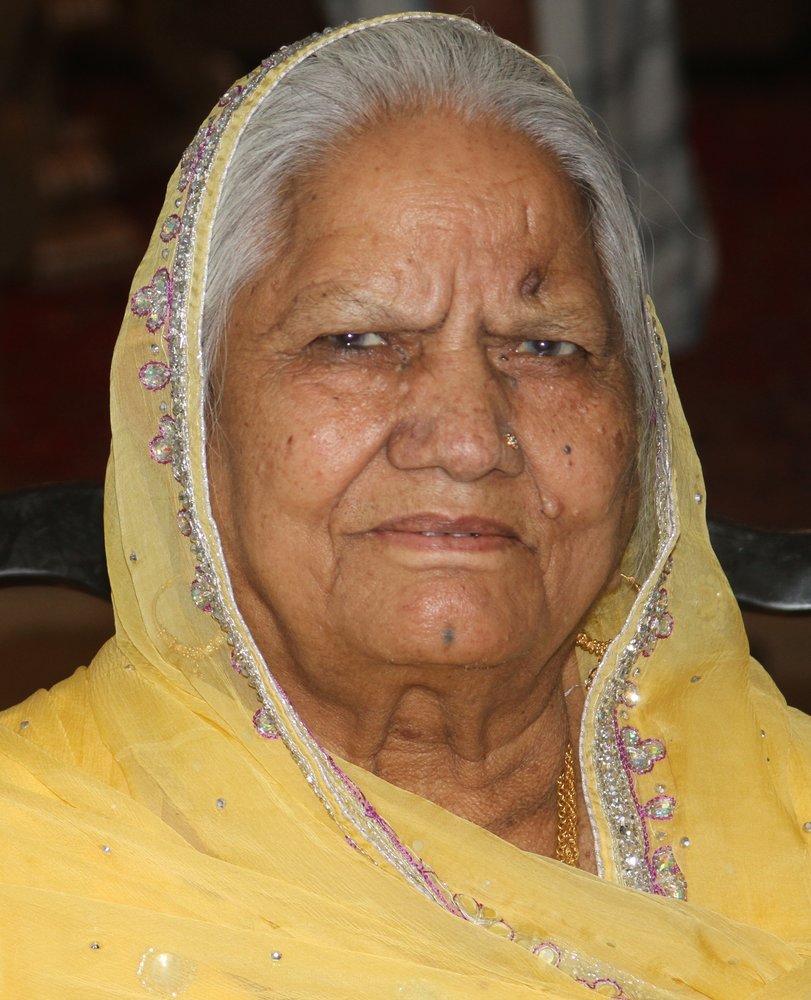 Daleep Kaur Saroa was born on April 15th 1924 in a village in Lyallpur, Punjab. She lived a beautiful life.   At the age of 18, she married Master Bhagat Ram Saroa and gave birth to four sons and four daughters.  She lived through the Partition of India and settled with her family in the Lallian village. She was a respected Sarpanchni and Block Samiti member – active roles in leading her community. In 1985, she immigrated to Canada and then to the United States the following year.  She helped raise her grandchildren in Southern California and always taught them to “get a good education, respect one another, and become someone in life.” She is survived by 6 children, 21 grandchildren, and 11 great-grandchildren. She leaves a very proud legacy and will be dearly missed.

“From God we are sent and to God we return.”

Share Your Memory of
Daleep
Upload Your Memory View All Memories
Be the first to upload a memory!
Share A Memory
Send Flowers