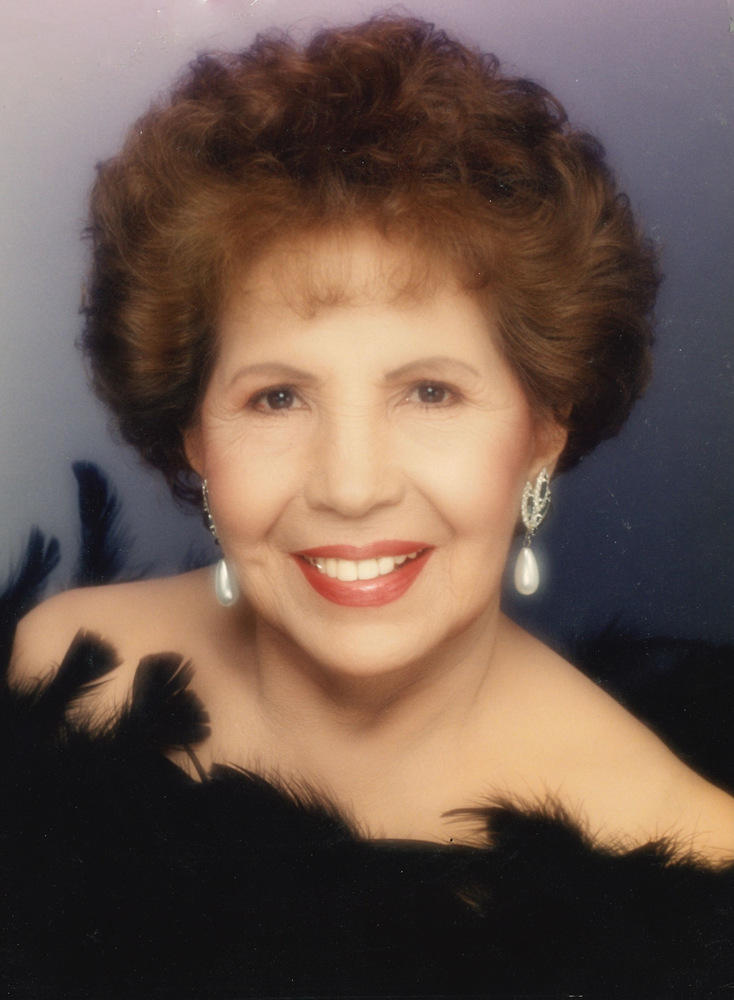 Gregoria Esther Hinojosa Bernedo was born in Mollendo, Arequipa, Peru on November 28, 1927. Her parents were Enrique Hinojosa Perez and Efigenia Bernedo Gomez. Gregoria was the oldest of four surviving children; Pilar, Antonio and Julia being her siblings. Gregoria is also survived by her three children, Luis, Gladys and Marcos, and their respective spouses, Yvette, Eduardo and Kim. Gregoria’s six grandchildren are Eddie, Chantal, Sebastyan, Natalia, Lucas and Noelle. Also survived by many nephews and nieces. She had the good fortune and privilege to see each one of them born, and to be fully part of their lives.

Gregoria Esther, who in Peru used her middle name, lived in Arequipa, Peru for a long time. She was born in Mollendo where her father was briefly working; shortly after her birth, the family returned to Arequipa. At the age of seventeen, after convincing her father to let her go, she traveled to Lima, Peru to attend college. After three years, and with a college degree under her belt, Gregoria returned to Arequipa. Her first professional assignment was in Mollendo, the place that she called her birth place. Later she returned to Arequipa where she continued her work as a college P.E. instructor. Esther retired from college work after teaching many students for thirty-five years.

In November of 1982, Gregoria left Peru for good to live in Los Angeles, California. In California, Gregoria worked at various jobs until her retirement. She made new friends here and continued her friendship with many Peruvians she had met as a youngster.

Gregoria, with her example of hard work, was instrumental in the success of her children.

Gregoria’s last weeks and days were peaceful and painless. She passed with dignity. She is an example to all her children and grandchildren. She will be truly missed, but she will always live in our memory and the memories of the lives she touched.

Share Your Memory of
Gregoria
Upload Your Memory View All Memories
Be the first to upload a memory!
Share A Memory
Plant a Tree